The chicken (Gallus gallus domesticus) is a type of domesticated fowl, a subspecies of the red junglefowl. It is one of the most common and widespread domestic animals, with a total population of more than 19 billion as of 2011. There are more chickens in the world than any other bird. Humans keep chickens primarily as a source of food (consuming both their meat and eggs) and, more rarely, as pets.

Chickens are omnivores. In the wild, they often scratch at the soil to search for seeds, insects and even animals as large as lizards, small snakes or young mice.

The average chicken may live for five to ten years, depending on the breed. The world’s oldest known chicken was a hen which died of heart failure at the age of 16 years according to the Guinness World Records.

Roosters can usually be differentiated from hens by their striking plumage of long flowing tails and shiny, pointed feathers on their necks (hackles) and backs (saddle), which are typically of brighter, bolder colours than those of females of the same breed. Adult chickens have a fleshy crest on their heads called a comb, or cockscomb, and hanging flaps of skin either side under their beaks called wattles. Collectively, these and other fleshy protuberances on the head and throat are called caruncles. Both the adult male and female have wattles and combs, but in most breeds these are more prominent in males. A muff or beard is a mutation found in several chicken breeds which causes extra feathering under the chicken’s face, giving the appearance of a beard.

Domestic chickens are not capable of long distance flight, although lighter birds are generally capable of flying for short distances, such as over fences or into trees (where they would naturally roost). Chickens may occasionally fly briefly to explore their surroundings, but generally do so only to flee perceived danger.

Chickens are gregarious birds and live together in flocks. They have a communal approach to the incubation of eggs and raising of young. Individual chickens in a flock will dominate others, establishing a “pecking order”, with dominant individuals having priority for food access and nesting locations. Removing hens or roosters from a flock causes a temporary disruption to this social order until a new pecking order is established. Adding hens, especially younger birds, to an existing flock can lead to fighting and injury. When a rooster finds food, he may call other chickens to eat first. He does this by clucking in a high pitch as well as picking up and dropping the food. This behavior may also be observed in mother hens to call their chicks and encourage them to eat.

A rooster’s crowing is a loud and sometimes shrill call and sends a territorial signal to other roosters. However, roosters may also crow in response to sudden disturbances within their surroundings. Hens cluck loudly after laying an egg, and also to call their chicks. Chickens also give different warning calls when they sense a predator approaching from the air or on the ground.

Check Out Our Available Varieties 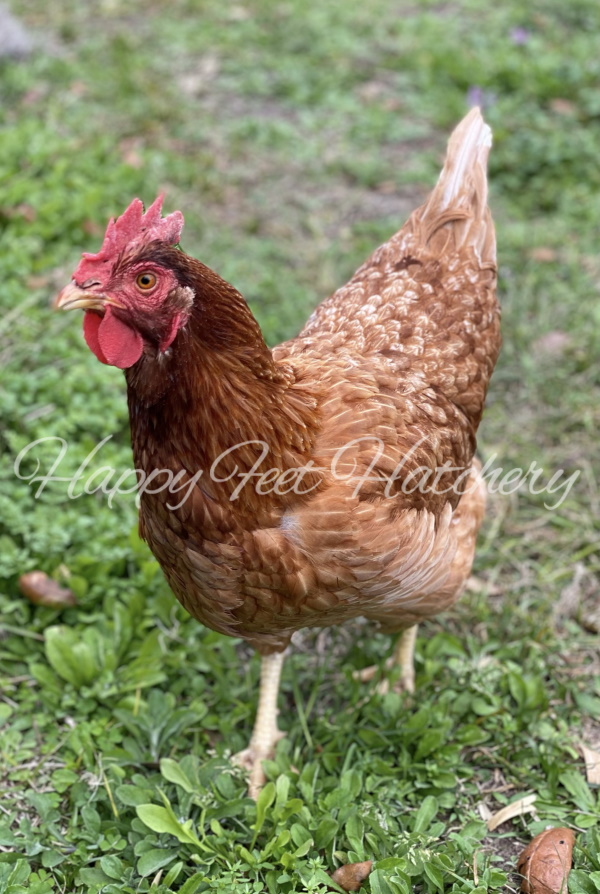 Red Star Sex-Link
Red Star (Sex-Link) Sex-Links are cross-bred chickens whose gender at hatching is differentiated by their down color or specific markings, in turn making chick sexing easier and enables us to [...] 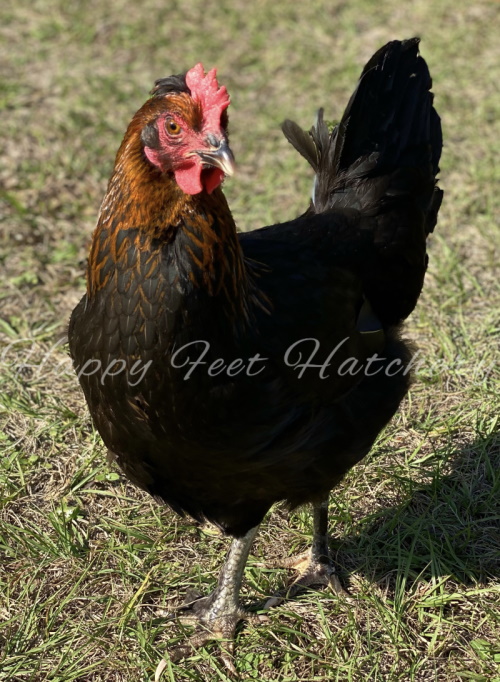 Olive Eggers
Olive Eggers Olive Eggers are a fun and EGGciting hybrid breed to have in your flock! Olive Egger Hens lay several shades of green/olive tones, hence, their name. They are [...] 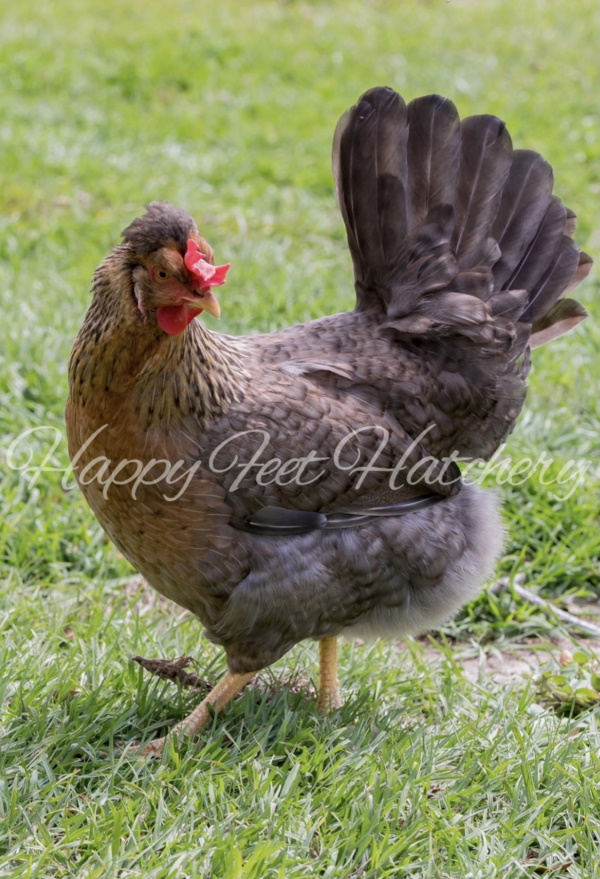 Cream Legbar
Cream Legbar The Cream Legbar male has cream neck hackles which are sparsely barred. The saddle hackles are cream barred with dark grey and are tipped with cream. The back [...]